This forum has been archived. No new posts can be made and no new users can sign up. It remains here for reference only. 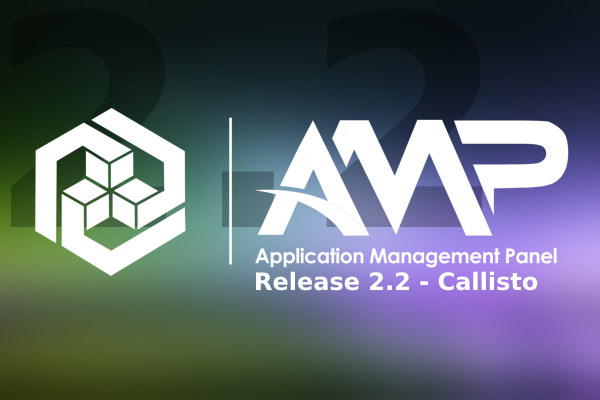 AMP 2.2.2.2 includes support for three new titles, and introduces a handful of new features to the Generic module to accomode them.

Last Oasis is slightly unusual in how it's hosted compared to other games. You need to register at https://myrealm.lastoasis.gg/ and not only create a 'realm' that your server will be associated with but you must also obtain a customer key and provider key (this does not cost anything) - each 'tile' within your realm will require it's own AMP instance so if you want to fully populate the tiles on your server this will use up more AMP activations.

This template was contributed by a member of the AMP community (Shinynecrid) - For now this is a fairly straightforward template that just allows you to get things started.

This template was contributed by a member of the AMP community (Shinynecrid) - For now this is a fairly straightforward template that just allows you to get things started.

AMP 2220 introduces some powerful new functionality to the Generic module - including universal sleep and better support for custom docker images.

Callisto is a major new AMP release with some really cool new functionality. This is especially true with the Generic module which can now write configuration files in a few different formats based on metadata you give it.

This is a fairly significant change that instantly increases the number of applications that AMP can manage without requiring new code to be written. Before now one of the big reasons for having separately coded up modules was due to the limitations of the Generic module and the need of some applications to have configuration files instead of taking command line flags.

Also for Network and Enterprise users ADS got nice new touch - provisioning templates are now derrived from application templates. This takes a lot of the effort out of building new templates and allows you to trivially deploy templates based on generic module configurations.

I'd also like to give an extra big thanks to the newer Patreon users who signed on recently. You guys rock and really make this possible.

2204 is mostly a bugfix release that primarily addresses the SteamCMD plugin and how it handles its updates and notifications.

AMP 2.2.0.2 is a mostly QoL fix, with an extra new game supported via the Generic module! This update also fixes a number of important issues surrounding updates and authentication with the SteamCMD plugin.

This update is backwards/forwards compatible with 2.2.0.0. No update is required to the instance manager app unless you need the changes made to the RepairAuth command.

This is a fairly significant update that adds major new functionality, specifically with regards to localisation. As such this update is not backwards compatible with previous releases.

This is a minor update mostly to add some extra functionality to the Generic module, but also includes new logic for ForgeMod in the Minecraft Module.

If you haven't seen it already - make sure to check out our new Generic config generator at https://config.getamp.sh/